The Buzzed Drinking game is yet another in a new trend of drinking games from different companies that are trying to help people get more creative with their drinking fun. This new game is available at most major retailers and can be found alongside the likes of Cards Against Humanity, Unstable Unicorns, and similar games. It’s a simple game that involves drawing cards and drinking—what could go wrong?
What is the Buzzed Drinking Game?

The premise of this game is simple: you draw a card and read the card out loud to the group. Based on what the card says, you or the group members will drink. Then, the next person goes and the game continues. It’s really basic, but it can be a lot of fun. Plus, some of the prompts are pretty ridiculous. There is a lot that can be done with this game when you’ve got a large group.

Some people even choose to modify the rules, mix this with other drinking games, or come up with different variations of the game to keep things interesting. For people who don’t want complicated games with a lot of rules, though, the Buzzed Drinking game is a great choice. This game can be fun for parties, cookouts, or even just for a night with a few friends.

How to Play Buzzed Drinking Game with Two People

The gameplay is fairly simple, as mentioned, but it may be a little less interesting with just two people. Essentially, you will go back and forth, reading cards and drinking based on the prompts. You might need to modify how much you’re drinking to make the game last longer though—with only two of you, it probably won’t take long!

Again, you can incorporate this with other drinking games or consider modifying the rules to make it more enjoyable for two people. There are even tips and suggestions online, and the maker of this game has a selection of other pop culture games and drinking games available to choose from, too. There are 180 cards in the game, of course, so no matter how many people are playing there will be plenty of fun to be had.
Fun Facts About Buzzed Drinking Game

This game was designed by a company that makes a lot of pop culture games. At the height of the card game craze, they decided that there needed to be a simpler game that people could play that required little to no imagination. After all, once you’ve had a few drinks, it can be hard to think of prompts and questions on your own.

The makers of Buzzed Drinking game came up with the craziest, funniest, and most absurd rules for drinking, and throws them all in a deck. You never know what you’re going to get. There are 180 cards, as mentioned above, so two players could easily go through 90 prompts each—that’s quite a game!
Where to Buy Buzzed Drinking Game Cards

You can buy this card game directly from the manufacturer, as well as from most major retailers and online stores. It’s available on sites like Amazon, Target, Walmart, and even some department stores that have a specialty gift section. It is made by the makers of What Do You Meme, so people can trust that they’ll find it just about anywhere.

When you are shopping online, make sure that you are buying the authentic game from the right company. Although most are reputable, there may be some sites attempting to sell knock-offs or misleading you into paying for a printable download instead of the actual cards. Always check the source to ensure you’re buying the game that you want.

Other Fun Drinking Games to Consider

You can find just about any kind of drinking game that you want, thanks to the Internet. If you don’t want to invest the effort to come up with the ideas, but you still want a game with a simple premise that is easy to play, this is a great way to do it. Consider the Incoherent Game, the Office Drinking game, or another game based on one of your favorite shows.

Whether you’re having a party for two or 20, you can guarantee that the Buzzed Drinking game and others like it will get the party started and keep the fun going all night long. Plus, you don’t have to spend a fortune on games like these to have a good time. 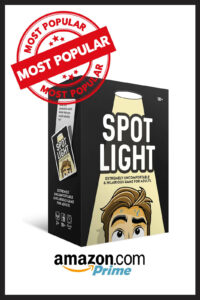